Jobs in the Time of Corona: Six Degrees of Your Mentor

Have you ever played Six Degrees of Kevin Bacon? It is a parlor game started over twenty years ago where players link actors to actor Kevin Bacon, in as few steps as possible, via the movies they have in common. The game was inspired by the theory of Six Degrees of Separation that nobody is more than six relationships away from any other person in the world. I don’t know about that – but I know these two things:

(1) I have never found an actor who did not connect back to Kevin Bacon within six degrees; and

(2) with some creative strategy, someone in your network could be within six degrees from your next job! 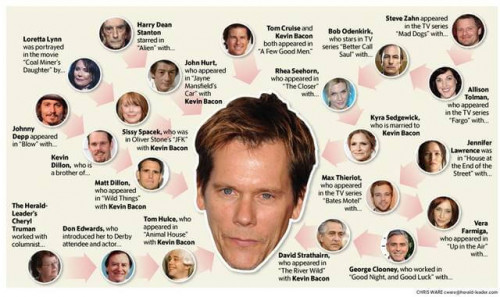 The phenomenon of six degrees of separation within a professional mentoring context has been studied and documented. As you know, the Portland legal community is close and it does not seem outlandish at all to believe that everyone is well within six degrees of knowing each other. But the Lewis & Clark alumni network extends beyond Portland to the entire Pacific Northwest, and even nationally and internationally.

So how do you apply this theory to your current job search? Getting from you to your target connection requires a mind-map answer to the following three questions:

Once you make that first network connection, then continue to ask these questions as you move closer, degree by degree. Ask for information interviews and introductions along the way. Your target person will be more likely to give you a moment if you approach them through an introduction rather than a cold call. And even if your target person does not have time to meet, at least you will have made some valuable connections along the way.