Is There a Best Way to Be Bilingual?

“It started as a conversation,” says Sara Exposito, assistant professor of education, as she reflects on her consulting role with schools in Chicago’s Pilsen/Little Village network, home to the city’s largest population of Spanish-speaking English language learners. Like all districts, Chicago Public Schools want their students to be college and career ready upon graduation. But English learners were lagging behind in achievement. For this reason the network team began to explore inconsistencies in how bilingual education was being delivered.

Searching for a shared vision

“Achievement for our English language learners remains a big issue,” says Steve Zrike, Chief Education Officer in the Pilsen/Little Village network. “Many students, once they transition from Spanish to English, continue to struggle in general education. We also have a number of students defined as long-term English language learners – they’re not transitioning at all. This is a sign that their foundation isn’t strong enough, and that things aren’t in synch.” 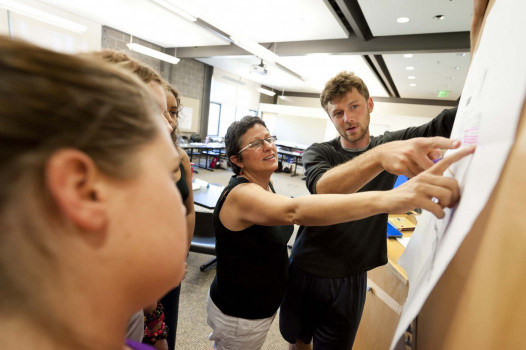 Zrike and Exposito agree that one of the reasons English Learners struggle is because often instruction is delivered based on personal beliefs surrounding language, which can differ between teachers. This disconnect can lead to inconsistency in a school-wide vision about bilingual teaching.

“Having conflicting personal ideologies is a critical challenge for any bilingual program,” Exposito says. Whether following a transitional bilingual or a dual language model, when schools lack a clear-cut, consistent design that helps inform what language teachers teach in, students can bounce between Spanish and English instruction leading to confusion that may impact the development of strong literacy skills.

“Young students learning in two languages are already going through cognitive overload,” says Exposito. “As a English Learner you’re trying to adjust to a new environment, fit in, learn to read, etc. Things are coming at you from many levels. Consistency can provide a sense of stability.” It’s a situation she knows first hand. Born in Cuba, she first immigrated to Spain at the age of one, then began kindergarten in the U.S., then found herself back in Spain at the start of sixth grade. She struggled with Spanish reading, even though it was the language spoken in her home.

“The entire experience was very difficult emotionally and academically,” she says.

The process toward bilingual pathways

Exposito first consulted in Chicago Public Schools in 2009 with Targeted Leadership Consulting. She began work in the Pilsen/Little Village Network in 2010. Exposito travels from Portland to Chicago for intensive work sessions every other month, where she facilitates work between principals and bilingual lead teachers on defining pathways for bilingual models in the network. Before engaging in creating pathway designs though, participants in these sessions needed to have the ideology conversation. 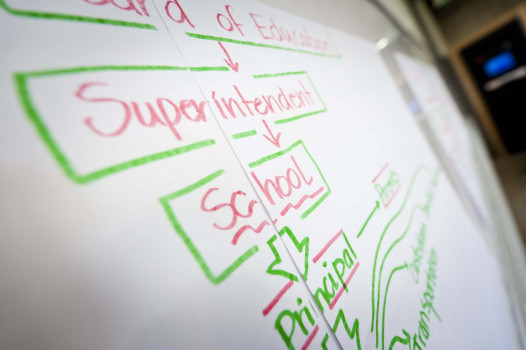 “It’s essential to step away from your own ideology for the sake of a shared, school-wide vision,” Exposito says, a view shared by Zrike.

“People may not agree 100% on one approach or the other, but they at least can agree that fragmentation is not a sustainable, successful method.”

“Engaging in the conversation can be a struggle,” Exposito says. “One educator may hold tight to a dual language ideology because they support primary language instruction, while another might feel the need to transition students quickly because of the state assessment and as a result support early transition into English. “Students can get caught in the middle.”

With the topic of ideology out front, stakeholders have been able to shift their focus toward defining what areas are to be instructed in what language, on toward evaluating their resources. Then, then can plan to move towards a primary language model if they choose to. Exposito began the pathway sessions by presenting a report by the Council of Great City Schools, titled, “Succeeding with English Learners.” She then brought in designs from other large urban districts that showed the trajectory of students based on the different designs.

“We went through case studies and explored the bilingual models in districts like New York and San Francisco, then examined the designs found within each model,” she says. “We’re using them to build a framework that takes into account everything from what the community wants to the resources at each school. Ultimately the school needs to take ownership of the design they choose and the ideology that accompanies it.”

For example, pathways help teachers clearly articulate the amount of Spanish vs. English meant to be taught at different grade levels and subject areas. Following the pathway not only informs how teachers teach, but also guides the way a school places students according to language proficiency, thereby matching the pathway to the needs of the student.

The team is committed to ongoing support in this process. Laura Titley, an instructional support leader, has been instrumental in guiding this work at the network level. But the entire network team is committed to improving education for English learners and with their support and expertise the work has moved quickly.

“Our challenge is going to be on how we support the schools,” says Zrike. “Just because we’re putting pathways on paper doesn’t mean they’ll be followed. It’s just one step toward clarity. It’s critical that we provide ample support, feedback and coaching for schools to ensure they evolve within their design.” 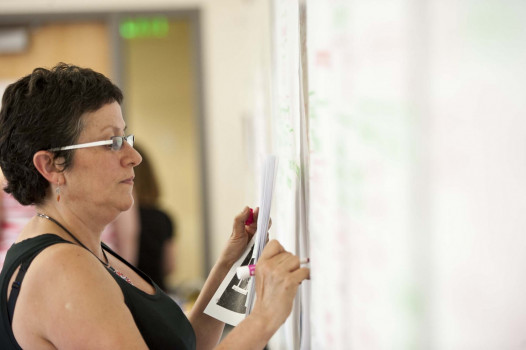 In Exposito’s view, professional development that includes learning, coaching, and classroom visits is essential to maximize and enhance the talents and skills of teachers.

“What often happens in schools is that teachers receive professional development, but are not provided time to really bring the learning into the classroom. Far too many teachers receive initial training and are told, ‘You’re finished, now go and implement!’ You can’t do that because teaching is a craft that requires learning and reflection on practice gradually over time.

To meet this concern the Pilsen/Little Village leadership is making sure the pathways include consistent support for teachers through professional development in both Spanish and English literacy, as well as English language development and sheltered instruction.

“You need to remain patient and thoughtful in supporting teachers,” Exposito says. “It’s important to build your professional development plan over a multi-year period in order to support the elements of your design. Right now, Pilsen/Little Village is deciding what this looks like.”

As things continue to evolve, Zrike has been grateful to have Exposito facilitating the process.

“Bilingual education is very politicized,” he says. “Sara is impartial, objective, and knows how to facilitate the dialogue. It’s never about imposing a my-way or no-way model. She presents multiple sides and perspectives in a non-assuming manner. What she’s impressed upon everyone is the importance of coherence, clarity, articulation and dialogue.”

The long-term goal is for this process to be expanded and used in other districts through out the country. With the steadily rising numbers of English learners in Oregon there are many programs that could benefit from engaging in a grassroots process of reflecting on and solidifying program designs to meet the needs of English learners.

Learn more about Sara Exposito and our ESOL Endorsement program.